Boudicca is known to history as a mighty Celtic warrior queen who led the Britons in a revolt against Roman rule. In the statue of her outside the Houses of Parliament in London, she stands in her chariot with her daughters at her side, wearing on her head the crown she was denied in life. 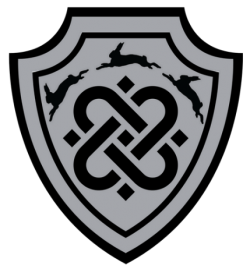 By the time of the reign of the emperor Nero, the Roman Empire had conquered lands in England and were fighting against the British tribes who resisted. In some circumstances, being ruled by the Romans could be beneficial, and even preferable to self-rule. Wealthy chieftains and tribesmen who cooperated with the Romans could be given important political posts, and had an opportunity to rise in the ranks of Roman government. For farmers and peasants, Roman rule could be just as agreeable; the Roman Empire was large and had many mouths to feed— other people buying your grain could mean greater access to wealth.

For those tribes who resisted, however, a very different picture exists. Some clans and tribes were proud of their self-rule, and did not want to submit to a foreign authority. These fiercely independent groups were often also the most formidable in battle— when they and their countrymen were fighting for their own freedom, a courageous fire was kindled in their hearts. However if these tribes were defeated, they were stripped of their property and possessions, and their people were brought away to Rome as slaves. In 50 BC, it was courageous tribes like these who chased Julius Caesar himself from Britain.

By AD 60, much of the island of England was under Roman rule. Many tribes submitted to Emperor, but some fought back to maintain their right to rule themselves. One of these tribes, the Iceni, was lead by a mighty and heroic queen named Boudicca.

Boudicca’s husband Prasutagus, the King of the Iceni, had managed to secure an agreement with Rome that left his people free from Roman rule. The Iceni would be free to rule themselves, as long as the Roman Emperor was allowed to inherit Prasutagus’s wealth and property when he died. After the king’s death, however, the Romans did not honor the agreement made with the Iceni, and attempted to bring the tribe under the Imperial rule. Motivated by greed, the Romans perpetrated dishonorable and belligerent acts against the vulnerable Iceni. Romans who had loaned Iceni money demanded immediate returns. The queen herself was flogged.

In their fear and uncertainty, the Iceni turned to Boudicca to deliver her people from Rome’s abuses. When the Roman governor of Britain was away in the north country, Boudicca gathered an army among the local peoples and gave a stirring speech which mixed a righteous patriotism into their hearts. Any who would not join with her would, she warned, be made slaves of Rome.

Boudicca and her army first rescued a nearby city that had been oppressed under Roman rule. The Romans attempted to send reinforcements to help the troops they had stationed there, but Boudicca and her army prevailed. Her victory inspired other native Britons to join the revolt. For the first time in nearly a hundred years, it appeared that their island would be free from Roman rule, thanks to the courageous Queen Boudicca.

The rebels then marched on the settlement of London, which by this time was a busy and important town. Boudicca drove away Romans and any Britons who were allied with the invaders, and had the city burned to the ground. Even today, archaeologists find remains of this great fire in London.

By this time, the seriousness of the situation had become clear to Rome. The Emperor himself was considering whether to abandon England altogether. But the Romans determined to make a more focused effort, and gathered an army of allies to take battle to Queen Boudicca. Before riding into battle upon her chariot, Boudicca reminded her troops of the duty they practiced by defending their homeland from the invaders.

The rebel army had brought their families along with them. Wives, children, and elderly parents of the soldiers would station themselves in wagons along the perimeter of the battlefield, to remind any soldiers who felt deficient in courage of the great price of defeat. In the end, however, the Romans vastly outnumbered the rebels, and Boudicca and her army were vanquished. She was known to have fought bravely alongside the countrymen she
loved in her last battle.

To this day, England honors the legacy of this mighty queen with a triumphant statue outside the Houses of Parliament in London. At the foot of the memorial, the poet William Cowper confirms Boudicca’s proud legacy in the eyes of Great Britain: