Despite his famous loss at the Battle of Marathon, Darius the Great was the greatest ruler in the history of the Persian Empire. 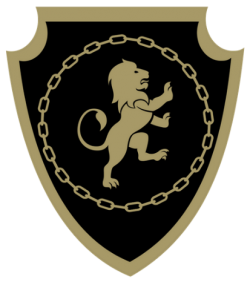 Also known as “Darius the Great,” Darius I ruled for nearly four decades at the very height of the Persian Empire. At his death, his lands extended from the Balkans in the west, to the northwestern regions of India in the east, encompassing parts of northern Africa as well. According to some estimates, Darius may have ruled over nearly half of the world’s population at the time, which is the largest fraction of the world’s population ever governed by any empire before or since.

Darius did not inherit the Persian throne, as he was not a member of the royal family. His accession, indeed, proves him to be a man of courage and cleverness. At the age of 28, claiming divine support and inspiration, he led a group of nobles in deposing an impostor who had usurped the throne. Several forms of government were then discussed, but Darius’s persuasive talents, along with some ingeniously crafty maneuvers, convinced the others not only of a monarchy, but also of Darius as the monarch.

The pivotal event of his rule, historically speaking, was also the last: the first Persian invasion of Greece and the subsequent Battle of Marathon. A collection of Athenian Greeks, known as Ionians, populated the western coast of Turkey, then under Persian rule. In 499 BC, their governor convinced them to revolt, and in quelling the rebellion, Darius found himself leading an invasion into Greece itself. After putting down the Ionian rebellion and subjugating the northern parts of Greece, he then sent a force of Persian troops to Athens, intending to punish the Athenians for aiding the Ionians in their revolt. The Athenian force met them at Marathon, about 25 miles northeast of Athens.

Although the Persians were ultimately defeated at Marathon, Darius is to be admired for his perseverance and courage in the face of difficulty. He immediately determined to prepare a second assault, this time to be commanded by himself in person, instead of by his generals. This time, he vowed, he would not only punish the Athenians, but also go on to subjugate all of Greece, and thereby teach them to respect the might of Persia. By this time, however, his health had begun to fail, and he died while preparing this second attack.

One of the most impressive things about Darius was the tenacious hold he exercised over his realm. Despite several rebellions, particularly in the first year of his reign, he was able to establish firm control over the Empire, and forcefully crushed all attempts to deny his authority. In addition, he extended the Empire into Egypt, the area surrounding the Indus River, and finally into Greece. In a day where the greatness of a ruler was measured by the wealth and property he could add to his realm, Darius certainly earned the title of “the Great.” His greatness does not stop here, however: Darius also brought organization and stability to the Persian Empire, through such projects as building canals and roads and establishing a unified monetary system. He also commissioned many building projects throughout the Empire, and helped the Israelites to rebuild the Temple of Jerusalem, which had been destroyed by the Babylonians. Those under his rule, as long as they were peaceable themselves, found him a just ruler, supportive of their various religions and beliefs. In Darius we see a unique combination of power and
forbearance, coupled with a remarkable native cleverness and determination: an emperor truly worthy of the epithet “the Great.”