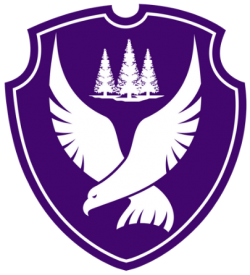 In the twilight of the Republic, Julius Caesar led his troops past the northern border of Roman territory to do battle against a formidable Celtic people called the Gauls. By Roman standards, the Gauls were “barbarians,” though even Caesar himself recognized their peerless valor and courage.

Unlike the Romans, the Gauls did not have an empire. They did not always agree amongst themselves and were divided among several different tribes, factions, and clans. In the face of Julius Caesar’s army, however, they were compelled to band together and fight against the Romans as one people. When these newly-allied tribes looked for a king to lead them, it was a man named Vercingetorix that emerged. Although the honor is usually bestowed upon other leaders, Vercingetorix may be considered France’s first king.

Vercingetorix had a gallant spirit, a brilliant mind, and a deep love for his people. He knew that if the Gauls were conquered by Rome, they would be forced to change their ways and submit to foreign leaders who wanted to enslave them. Vercingetorix was determined to see that his people were not made into the servants of Rome.

The Gauls were united under his leadership in a way they had never been before. His example of courage in the face of the Romans was an inspiration to their own bravery, and because of his moral example, Vercingetorix’s followers resisted the Romans with utmost passion.

While the Roman invaders were doing battle in Gaul, they would often steal from Gallic villages and farms in order to feed their own soldiers. When food could not be found in this manner, the Romans would have to spend considerable time and energy foraging through the woodlands for berries, roots, and what animals they could hunt. In a moment of decisive leadership, Vercingetorix ordered that the farmlands and storehouses near the path of Roman invasion be burned to the ground.

Why would Vercingetorix command that his own people’s goods be destroyed? For one, because doing so would be a major inconvenience for the Romans, who would now have to find food in some other manner. But Vercingetorix’s other goal may have been to unite his people even more, by making the families who worked on the farms he burned reliant upon the charity and friendship of their neighbors. When people share things together, they are more likely to remain friends. Vercingetorix wanted his people to remain close, and to treat each other with virtue.

In time, however, the Romans prevailed against the Gauls. The power of the Roman army was too strong to resist. Although the Gallic people had come together to resist the invasion, they were not equipped to continue a war against so many well-trained Roman soldiers. Vercingetorix’s army was defeated, and the time came for the king to surrender. Riding straight into the Roman camp to Caesar himself, Vercingetorix was a splendid sight. He wore all of his battle gear, and his horse was bridled in jewelry. Even in surrender, he was the image of valor. Dismounting before Caesar, Vercingetorix threw his battleaxe to the ground and removed his shining armor in complete silence.

Many Gauls were made slaves to Rome, and the great treasure of their lands was stolen from them. But the loss they mourned the most was their noble king, who to this day remains a living symbol for one of Europe’s greatest people— a symbol of courage, a symbol of leadership, and a symbol of France.